As many of us know, the US has received people from many different parts of the world since the 1800s. Nowadays around 1 million people arrive in the U.S. per year seeking the American Dream and a better lifestyle. These people not only bring luggage with them but also their own identities, cultures, and languages, making the US a very diverse and multicultural country in which many different languages are spoken, but what are the top spoken languages in the U.S.? Let´s find out.

The amount of Spanish-speaking immigrants has increased tremendously in the past few years, making Spanish one of the fastest-growing languages in the country. Almost every state has its own local Hispanic community, but the largest Spanish-speaking communities are located in New York, Miami, and Los Angeles.

There were nearly 60 million Latinos in the United States in 2017, accounting for approximately 18% of the U.S. population. In fact, there are more Spanish speakers in the U.S. than in Spain, making it second only to Mexico in terms of the Spanish-speaking population. After Native Americans, Hispanics are the oldest ethnic group to inhabit much of what is today the United States, with many Hispanics being of Indigenous descent. In terms of vocabulary, Spanish words and phrases have made their way into American English, perhaps most visibly in numerous American cities and states (San Francisco, Nevada, El Paso, etc.).

Chinese (including Cantonese, Mandarin, and other varieties) – 2,900,000 Native speakers

The third leading language in the list is Chinese in most of its variations. The migration of Chinese people to the United States started in the 19th century, and their culture is very present in many states in the so-called Chinatowns. New York City hosts the largest population of ethnic Chinese outside of Asia, and there are 12 Chinatowns in the New York metropolitan area only.

Chinese immigrants first flocked to the United States in the 1850s, eager to escape the economic chaos in China and to try their luck at the California gold rush. Thanks to this, San Francisco is home to the oldest American Chinatown. The vast majority of Chinese speakers in the United States reside in California, followed by New York, with Texas a distant third.

Filipinos in North America were first documented in the 16th century and other small settlements beginning in the 18th century. Mass migration did not begin until after the end of the Spanish–American War at the end of the 19th century when the Philippines was ceded from Spain to the United States in the Treaty of Paris.

As of 2018, there were 4.1 million Filipinos, or Americans with Filipino ancestry, in the United States with large communities in California, Hawaii, Illinois, Texas, and the New York metropolitan area. Despite being widely spoken across the United States,

Tagalog has less name recognition than the other languages on this list of the most spoken languages in the United States. For those who’ve never heard of it, it’s widely spoken in the Philippines, and its standardized version — Filipino — is one of the country’s official languages.

The number of Vietnamese speakers in the United States is only slightly lower than the number of Tagalog speakers. More than 300,000 Vietnamese immigrants arrived in the United States between 2000 and 2014, primarily to reunite with family members — many of whom sought asylum following the Vietnam War. Vietnamese Americans are mainly concentrated in metropolitan areas in the West, including Orange County, California, San Jose, California, and Houston, Texas.

French is only the sixth most spoken language in the United States if you include Louisiana Creole French, which is a hybrid of French and African languages. Creole French is a particularly interesting subset of American culture, with roots dating back to the 17th century. France controlled the Louisiana territory starting in 1699, and French settlers brought over their language and culture. The region was a rich mix of cultures and classes, comprising French and Spanish settlers,

Today, more Americans speak standard French than Louisiana Creole (just over 10,000 people speak French Creole in the United States as opposed to 1.25 million who speak standard French). And French influence can be seen in numerous American English words and phrases. When you eat an omelet, change the decor of your home, or go to the ballet, you’re seamlessly blending French into your everyday life.

At Australis we offer comprehensive translation services for all the languages described above, among others. If you still want to learn more about what we do and how we do it, please subscribe to this Blog. 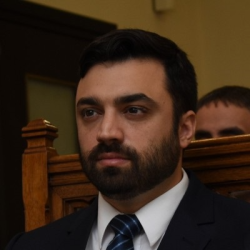 Choosing the right Spanish (Part 2 of 2)

Software Translation: getting it right