“Who is your target audience?” This is the first question every company that is ready to engage a Spanish-speaking audience should ask itself.

Getting this aspect right can set you on the right path to communicating with your audience of choice in their language. On the other hand, getting it wrong would make your message sound strange and unnatural.

Spanish is a very diverse language. According to the Cervantes Spanish Institute, in 2020, almost 489 million people have Spanish as their native language. The group of potential Spanish speakers globally exceeds 585 million, which is 7.5% of the world population. Given this wide range of people and knowing this is the second most spoken language globally, it’s no surprise that it might be hard for people from a Latin American country like Ecuador to understand someone from Spain. They both speak Spanish, but their dialects are different.

Does this mean that you need to make a Spanish translation for each country? The answer is “It Depends”. In this article, we will discuss the four most common ways to define the target audience for Spanish, so you can choose the one that matches your necessities:

According to the BBC in January of 2019, almost 59 million people in the United States come from Latin America, representing 18% of the population and 18 countries in Latin America speak Spanish. 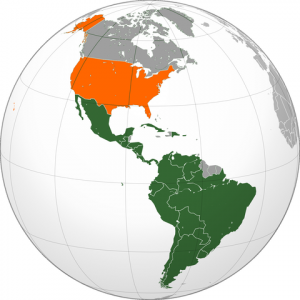 Each country has its own variations, slang, idioms, colloquial expressions, and regionalisms. This means that when translating to Spanish for the United States, we set regionalism aside and propose neutral generic terms and expressions.

Spanish in USA has a lot of similarities with American English. For example, the use of English capitalization is accepted. US Spanish also uses a period as a decimal separator and a comma as thousand separators. The American units of measurement are used for US Spanish as well, and dates are written in the same format: mm/dd/yy.

In conclusion: this is a good general-purpose type of Spanish recommended if your main focus is on Spanish speakers living in the US.

If you desire to pursue Latin American audiences’ attention, you must know the differences between this type of Spanish and the rest. Latin American Spanish is the so-called “Neutral” Spanish; this is used for international movies, international advertisement campaigns, and documents that must be understood in several countries. As with the US Spanish, Latin American Spanish avoids using regionalisms, slangs, and other language particularities that are not understood in other

countries. However, it is not written in the same way or with the same rules or exceptions as the US Spanish because its audience is not used to interact with the English language.

This type of Spanish is grammatically similar to the Spanish from Spain, and the RAE (Real Academia Española) rules are used and accepted by the majority of the population.

Some rules for Latin American Spanish are:

In conclusion: this is the best option to choose when your content is aimed at all of Latin America. It isn’t a flavor spoken by any country in particular but it is accepted by all.

In the next post, we will explore when it is appropriate to localize your content for a specific country and discuss the particularities of the Spanish language used in Spain. (Link to Part 2 of this post)